Once it was official and the new location was secured, we created a full theme concept and visual identity for Bidvest Bank's Office Relocation Campaign.

The Concept: 'Seeds of Change'.

Central to the visual identity was the Dandelion. In essence, the Dandelion plant is one that never dies, it simply relocates. This is made possible by its sophisticated seed dispersal process. This concept communicates the impression of movement, expansion, expectation, growth and potential.

The word ‘Change' was substituted with many of the company's Brand Value adjectives: ‘Quality’, ‘Honesty’, ‘Respect’ and ‘Innovation’. This emphasised the company's core service standards and created an explanation of how to sow seeds of change throughout the campaign. The colour palette took inspiration from the golden yellow Dandelion flowers, which complimented their existing brand colours.

The campaign included everything from doughnut desk drops to building tour packs and all the necessary information to make the move as smooth and as enjoyable as possible. Bi-monthly newsletters were designed and sent out to staff to create suspense and hype, break the big news, share specifics around building tours, address individual concerns and prepare them for move day! Hanging banners and posters were used to start conversations and keep everybody talking about the move.

The staff were also provided with a chuckle in phase 2 with the introduction of their very own digital comic - 'A Bidvest Bank Story'. The comic was delivered to staff inboxes and used humour, along with 3 relatable characters to address the staff's potential concerns and create excitement around the possibilities of the new space.

Created in collaboration with LMS Events. 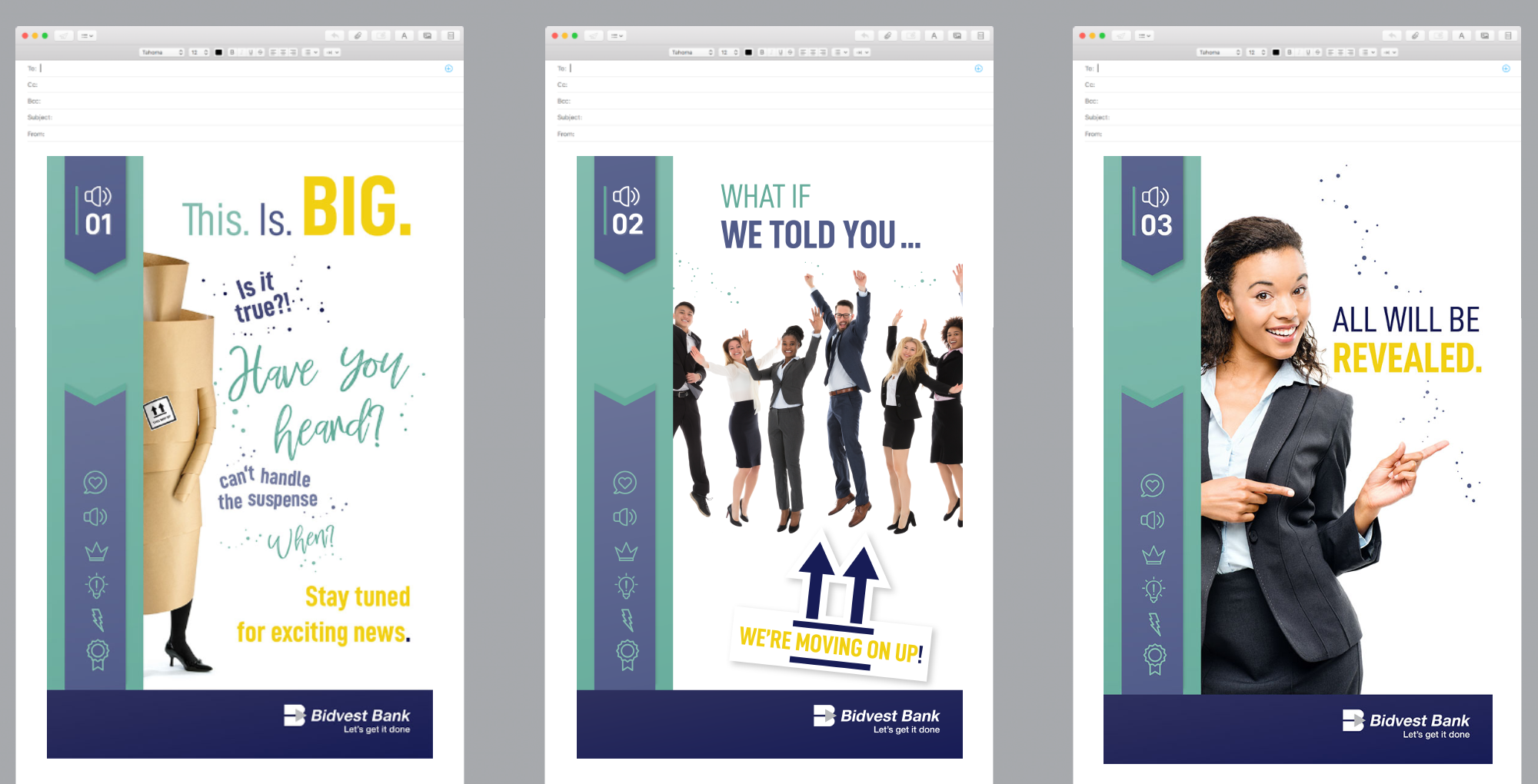 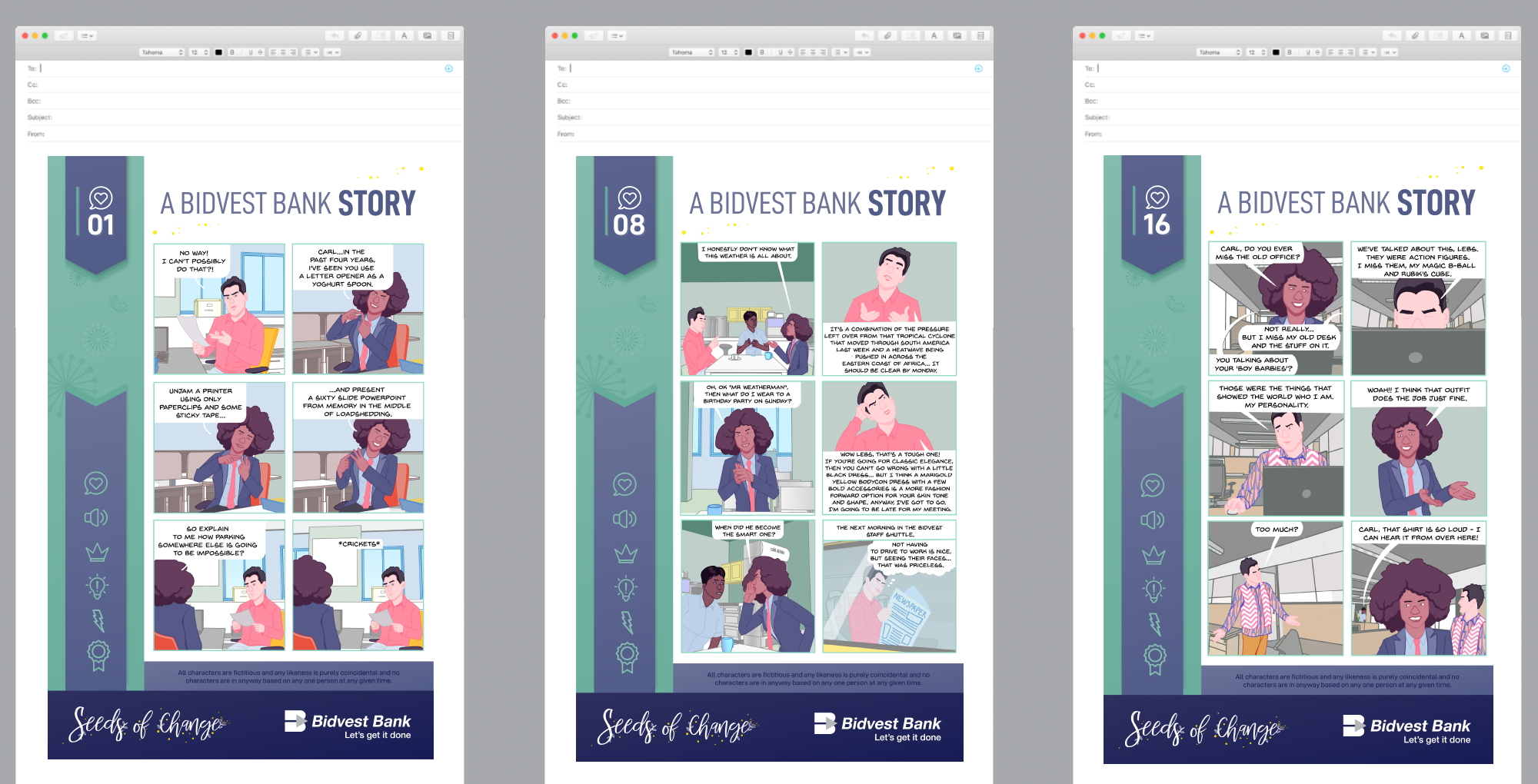 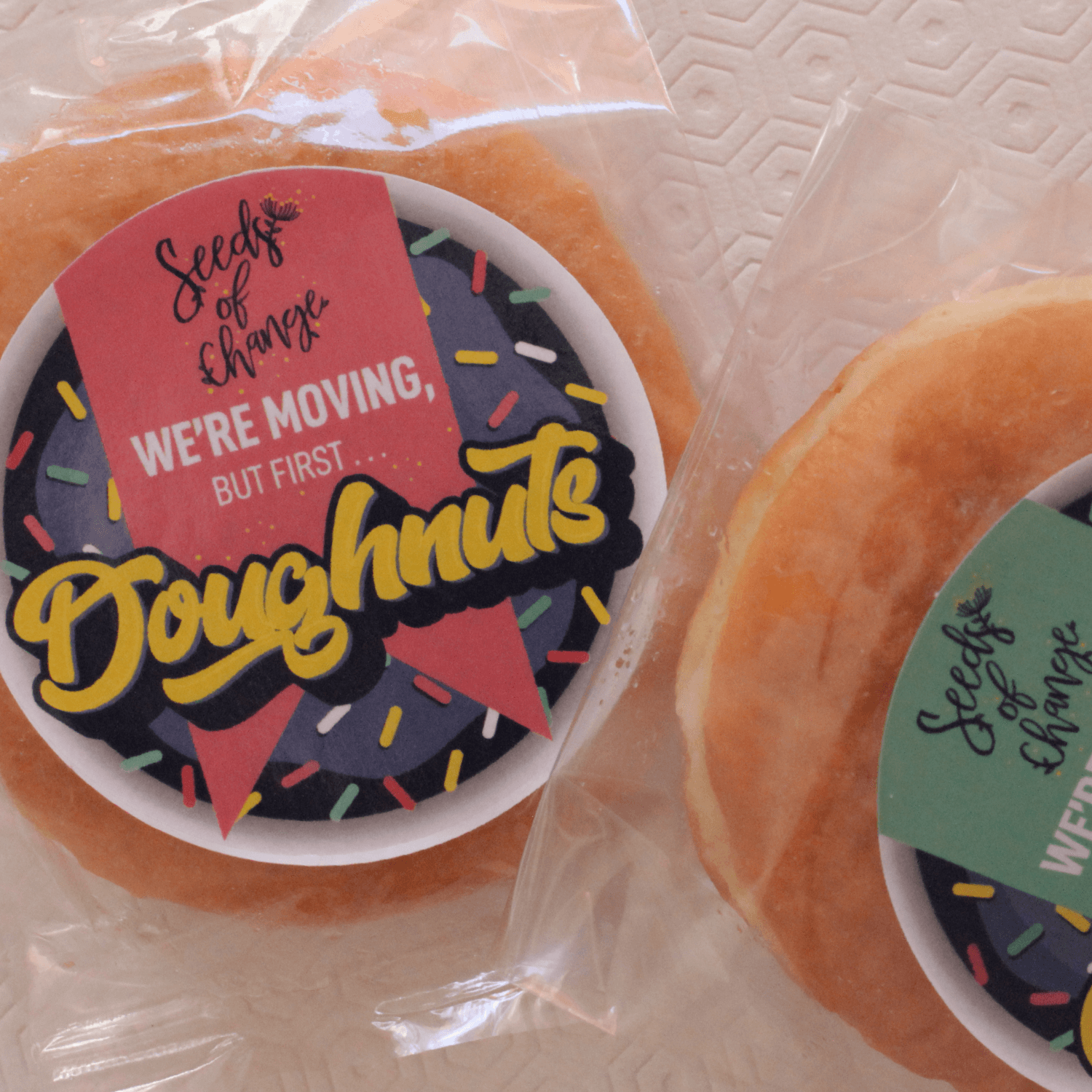 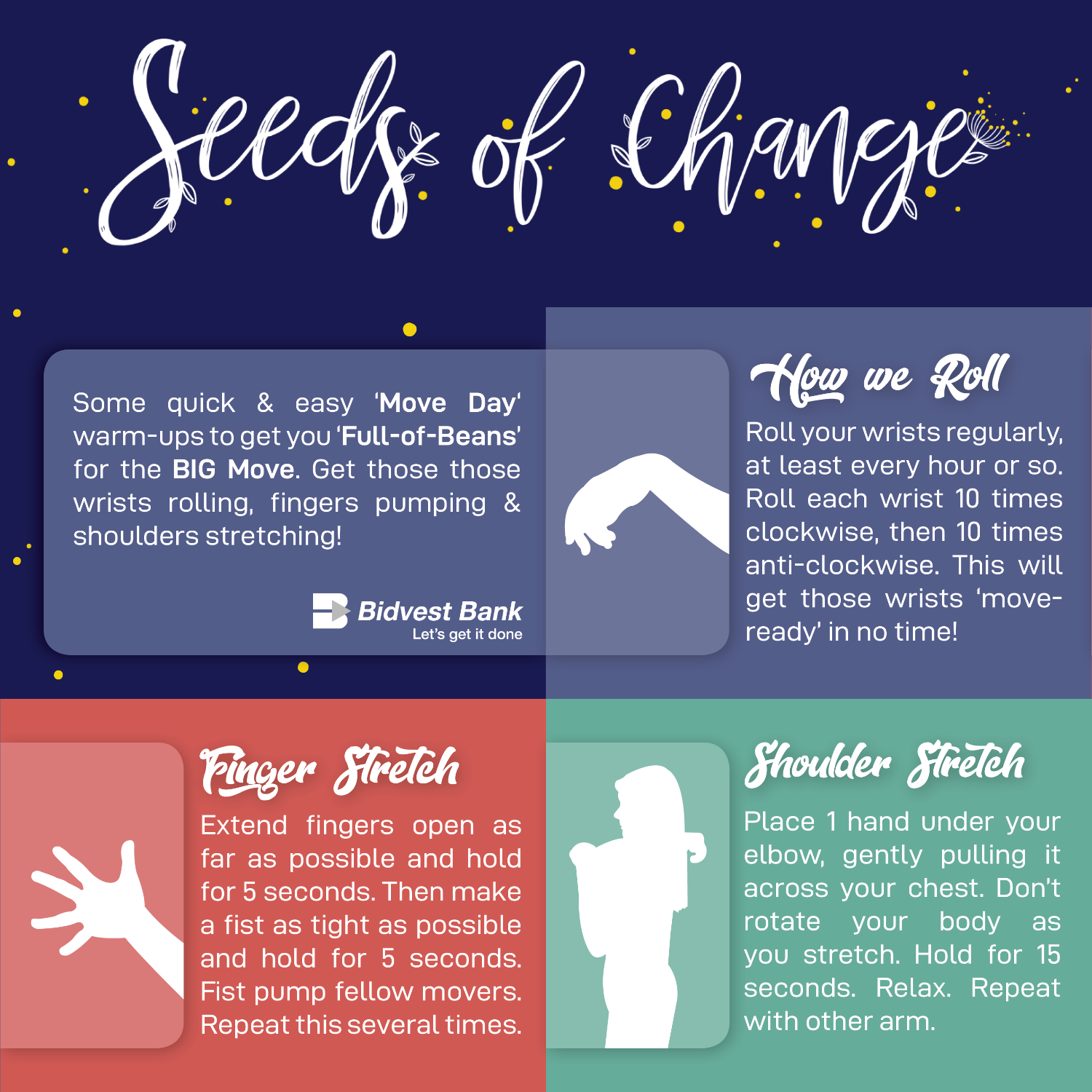 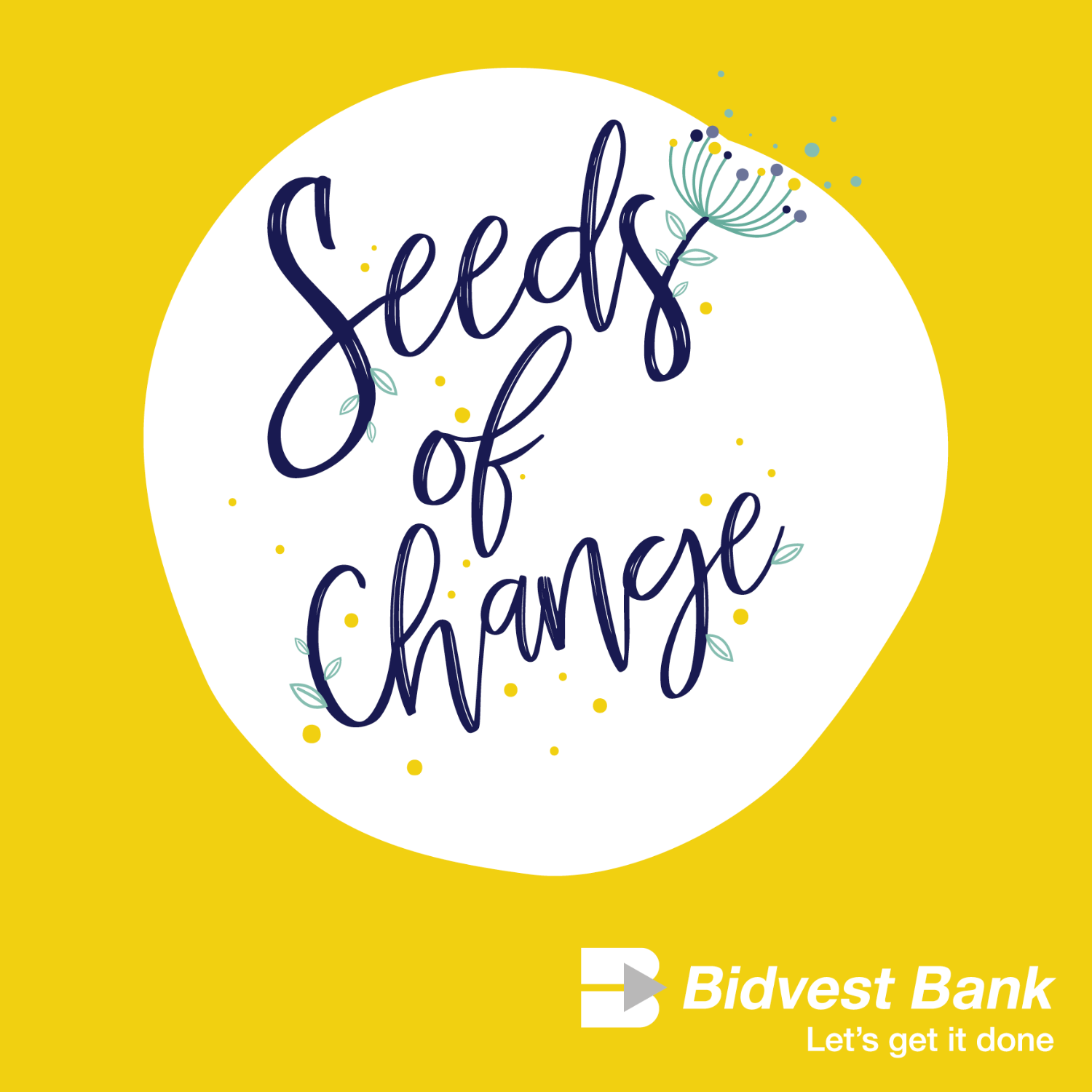 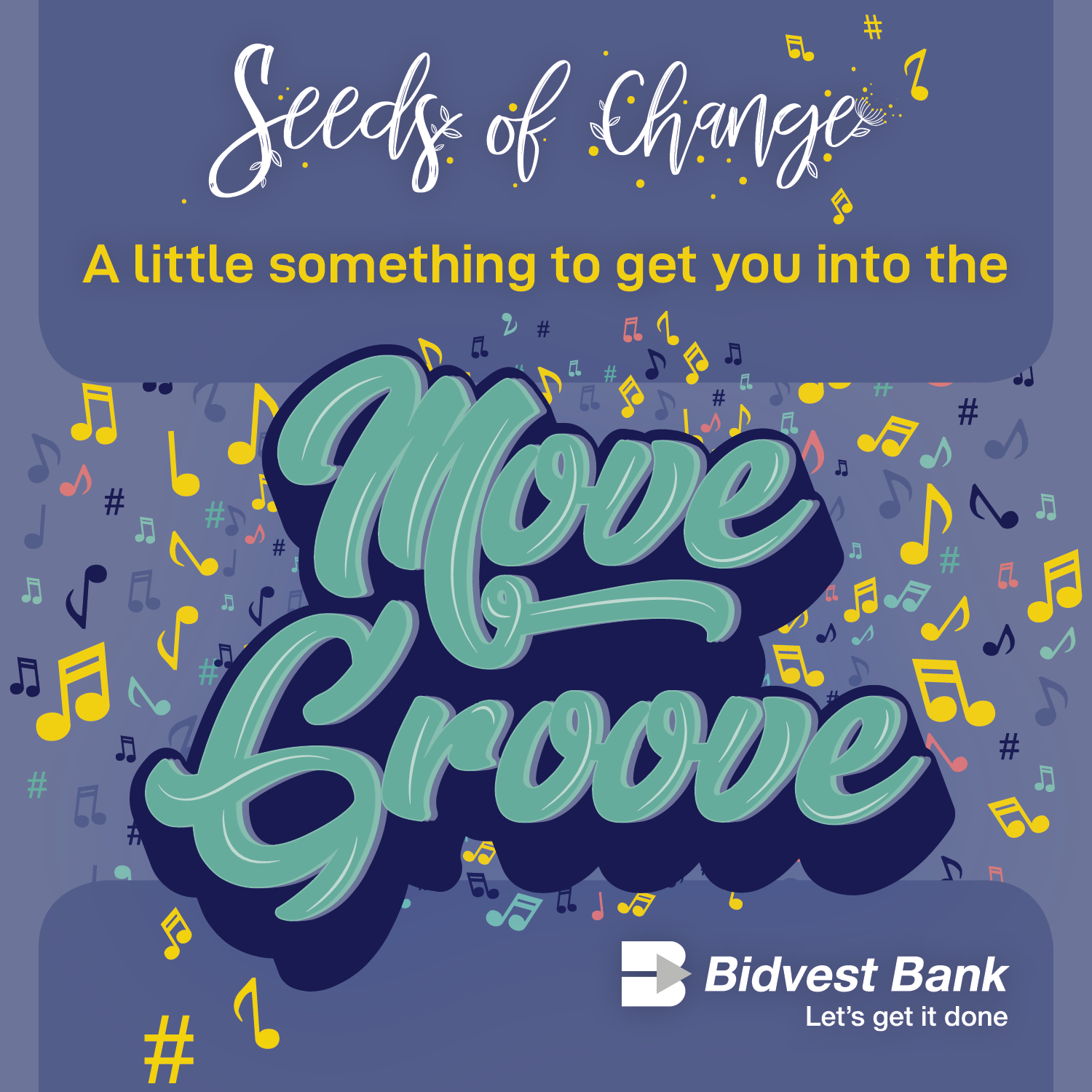 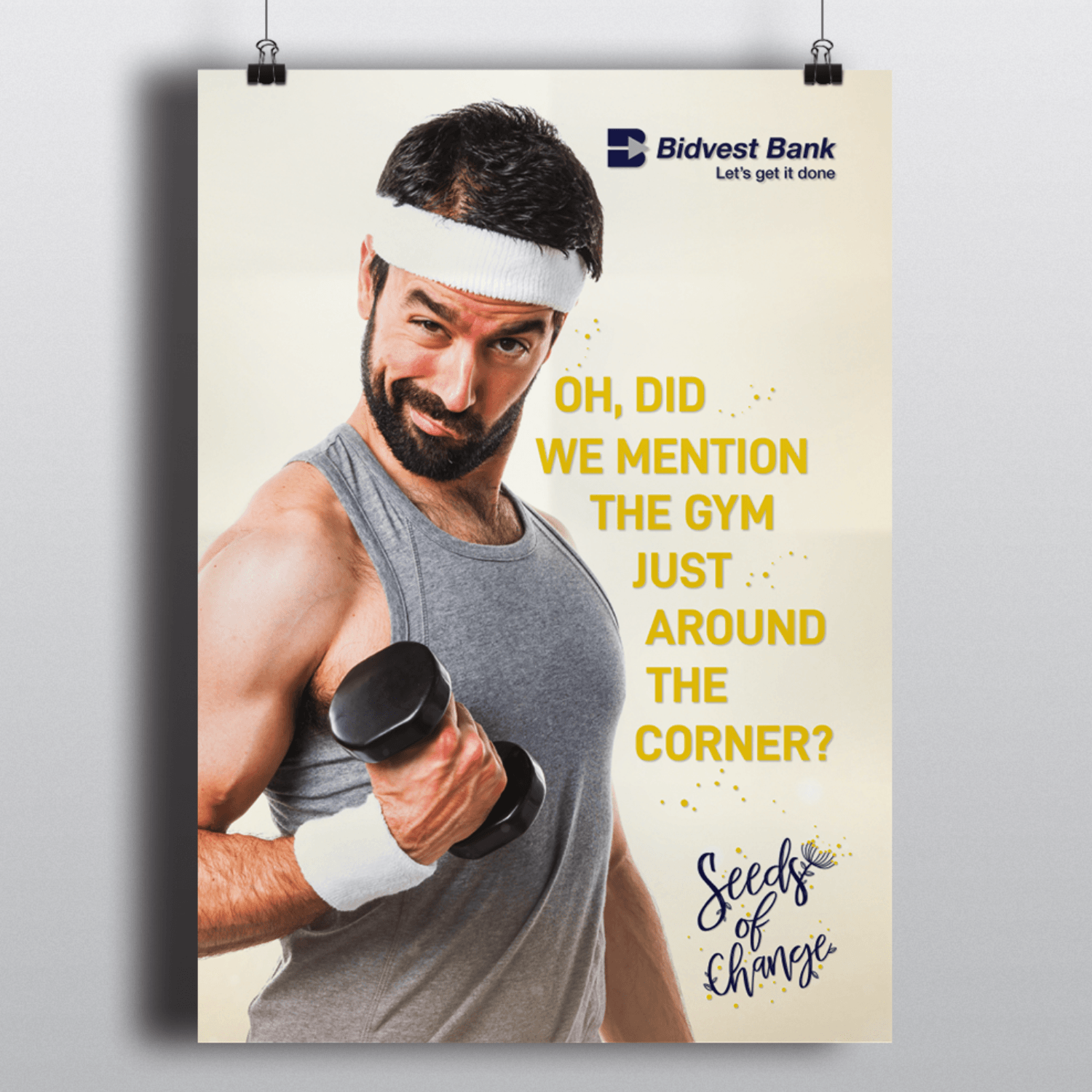 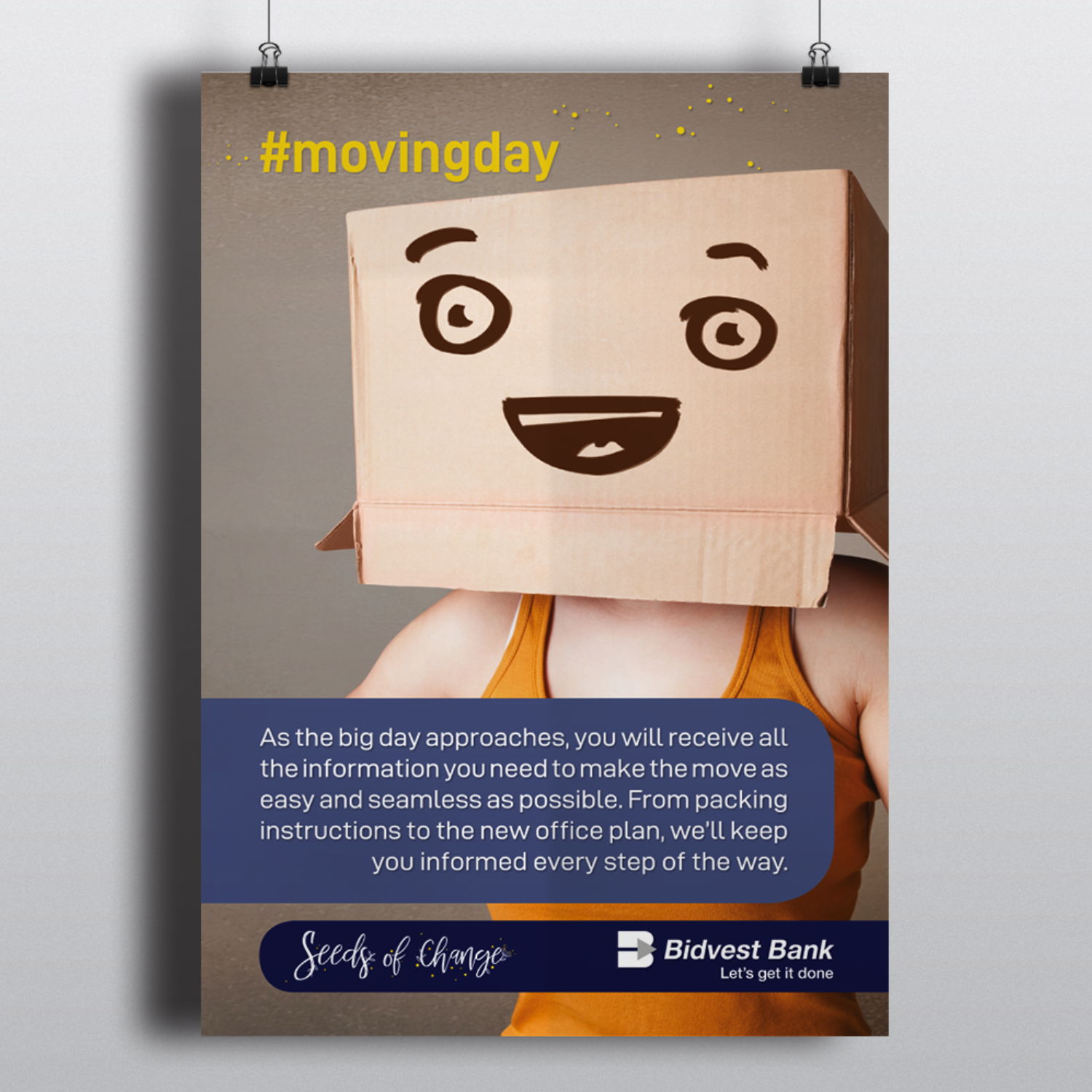 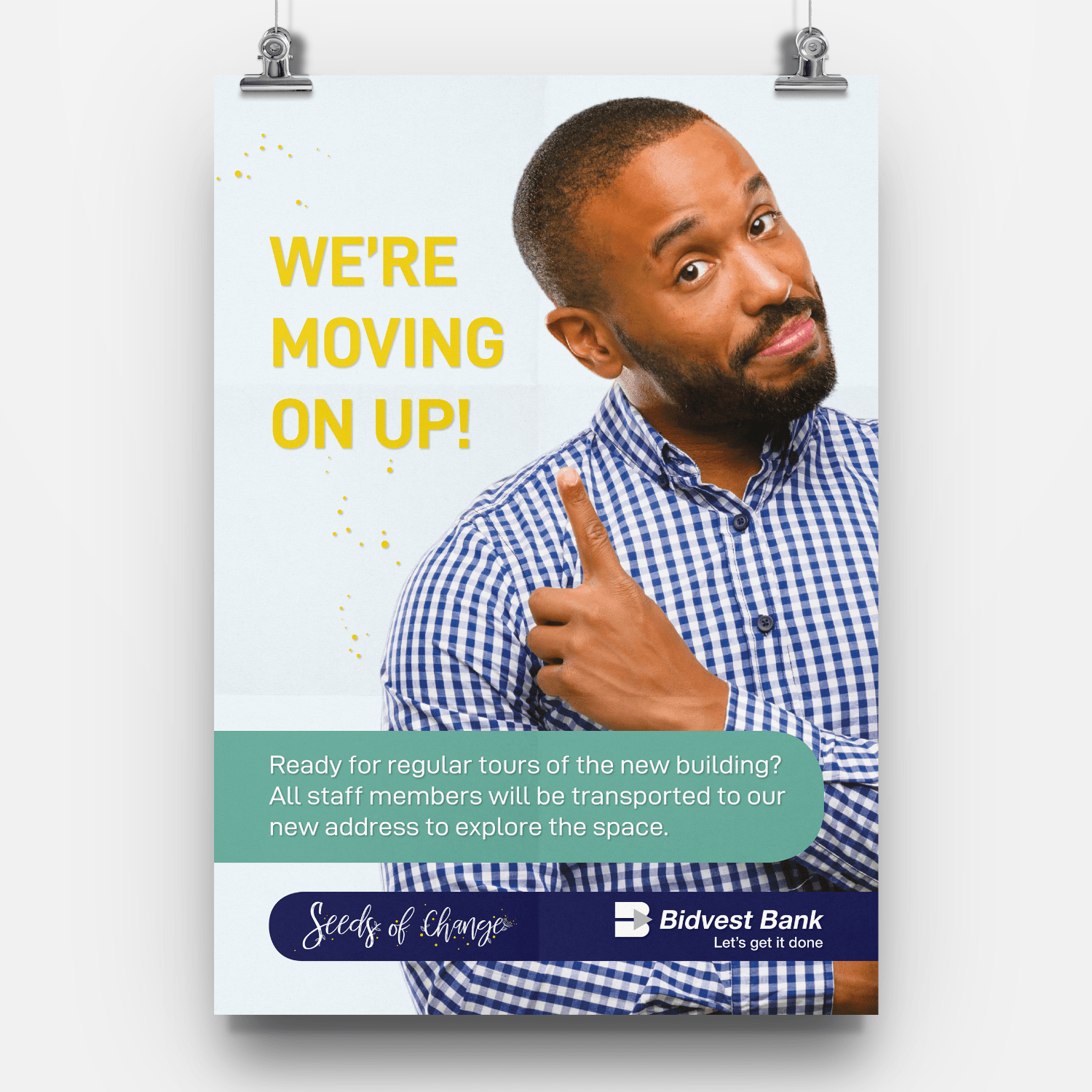 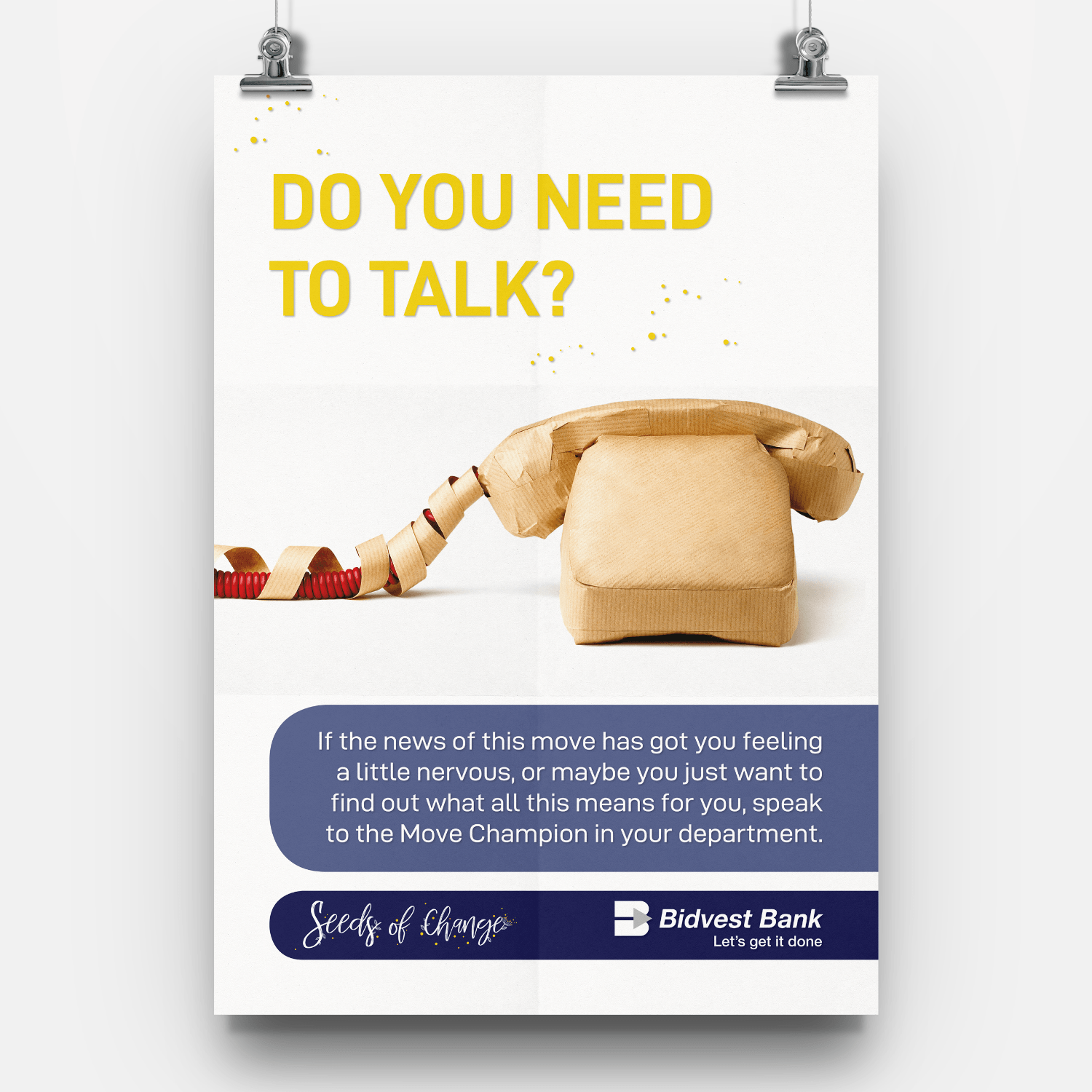 SugarLab Creative is a branding and digital studio with a knack for finding the sweetness. Our passion is to inspire reactions by growing and strengthening brands with a carefully measured mix of focused strategy and well-executed design.

SugarLab will continue to operate during the COVID-19 lockdown. For up to date information about COVID-19, please visitwww.sacoronavirus.co.za
+ +